PROPHET ELISHA AND THE SHE-BEARS 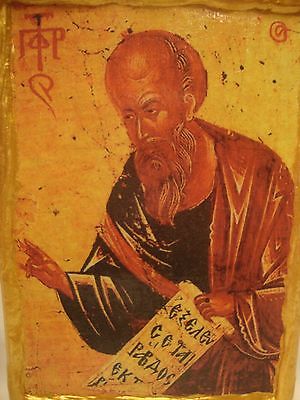 Wasn’t Elisha being cruel when he sent those bears against those children who were teasing him about being bald in 2 Kings 2:23-25? And why was it precisely two she-bears? Fr. John Whiteford talks about the inciident near Bethel, when St. Elisha cursed the gang of disrespectfuil young men.The impression that these were toddlers is a false impression, and it should be noted that the Prophet Elisha is not said to have called for the bears to attack the children, but rather to curse them. And it may well be that he was pronouncing the curses of the Covenant for those who disobey:

And if ye walk contrary unto me, and will not hearken unto me; I will bring seven times more plagues upon you according to your sins. I will also send wild beasts among you, which shall rob you of your children, and destroy your cattle, and make you few in number; and your high ways shall be desolate (Leviticus 26:21-22).

Here is more background on this story from another post:

“How can I believe in a God who would send bears to devour little children for innocently teasing an old man whose appearance probably was unusual even for that day?”

But a closer look at the passage show that most of the assumptions in that position are false, and that other elements (not explicit in the words, but present in the historical situation) illumine the situation.

First, the passage itself:

Now, let’s look at some of the elements of the historical background, and the various players in the event:

“‘Little children’ is an unfortunate translation. The Hebrew expression neurim qetannim is best rendered ‘young lads’ or ‘young men.’ From numerous examples where ages are specified in the Old Testament, we know that these were boys from twelve to thirty years old. One of these words described Isaac at his sacrifice in Genesis 22:12, when he was easily in his early twenties. It described Joseph in Genesis 37:2 when he was seventeen years old. In fact, the same word described army men in 1 Kings 20:14-15… These are young men ages between twelve and thirty.” [HSOBX]

“But was Elisha an old man short on patience and a sense of humor?”

This charge is also distorted, for Elisha can hardly have been more than twenty-five when this incident happened. He lived nearly sixty years after this…” [HSOBX]

3. Elisha had JUST FINISHED doing a mercy-miracle for the entire city of nearby Jericho!

“The chapter closes with two miracles of Elisha. These immediately established the character of his ministry—his would be a helping ministry to those in need, but one that would brook no disrespect for God and his earthly representatives. In the case of Jericho, though the city had been rebuilt (with difficulty) in the days of Ahab (1 Kings 16:34, q.v.), it had remained unproductive. Apparently the water still lay under Joshua’s curse (cf. Josh 6:26), so that both citizenry and land suffered greatly (v. 19). Elisha’s miracle fully removed the age-old judgment, thus allowing a new era to dawn on this area (vv. 20-22). Interestingly Elisha wrought the cure through means supplied by the people of Jericho so that their faith might be strengthened through submission and active participation in God’s cleansing work. (EBCOT)

4. This event took place around a cult city (somewhere between Bethel and Jericho, a distance of approximately 10 miles), a center of anti-YHWH worship:

“Elisha’s sweet memories of Jericho received a souring touch at Bethel (v. 23). The public insult against Elisha was aimed ultimately at the God whom he represented. Indeed Elisha’s whole prophetic ministry was in jeopardy; therefore the taunt had to be dealt with decisively. The sudden arrival of the two bears who mauled forty-two youths to death would serve as both an awful sentence on unbelievers—and thus, too, on Jeroboam’s cult city—and a published reminder that blasphemy against the true God and his program would be met with swift and certain consequences (v. 24).” [EBCOT]

5. The harmless “teasing” was hardly that—there was a direct confrontation between the forces of Baal and the prophet of YHWH that had just healed the water supply (casting doubt on the power and beneficence of Baal!). This was a mass demonstration (if 42 were mauled, how many people were in the crowd to begin with? 50? 100? 400?):

“As Elisha was traveling from Jericho to Bethel several dozen youths (young men, not children) confronted him. Perhaps they were young false prophets of Baal. Their jeering, recorded in the slang of their day, implied that if Elisha were a great prophet of the Lord, as Elijah was, he should go on up into heaven as Elijah reportedly had done. The epithet baldhead may allude to lepers who had to shave their heads and were considered detestable outcasts. Or it may simply have been a form of scorn, for baldness was undesirable (cf. Isa. 3:17, 24). Since it was customary for men to cover their heads, the young men probably could not tell if Elisha was bald or not. They regarded God’s prophet with contempt… Elisha then called down a curse on the villains. This cursing stemmed not from Elisha pride but from their disrespect for the Lord as reflected in their treatment of His spokesman (cf. 1:9-14). Again God used wild animals to execute His judgment (cf., e.g., 1 Kings 13:24). That 42 men were mauled by the two bears suggests that a mass demonstration had been organized against God and Elisha” [Bible Knowledge Commentary].

6. There may have been elements of public safety involved:

“A careful study of this incident in context shows that it was far more serious than a “mild personal offense. It was a situation of serious public danger, quite as grave as the large youth gangs that roam the ghetto sections of our modern American cities. If these young hoodlums were ranging about in packs of fifty or more, derisive towards respectable adults and ready to mock even a well-known man of God, there is no telling what violence they might have inflicted on the citizenry of the religious center of the kingdom of Israel (as Bethel was), had they been allowed to continue their riotous course” [EBD].

7. Elisha didn’t actually call out the bears—he merely pronounced judgment on these demonstrators. God decided what form the response took:

“Perhaps it was for this reason that God saw fit to put forty-two of them to death in this spectacular fashion (there is no evidence that Elisha himself, in imposing a curse, prayed for this specific mode of punishment), in order to strike terror into other youth gangs that were infesting the city and to make them realize that neither Yahweh Himself nor any of His anointed prophets were to be threatened or treated with contempt” [EBD].

8. This curse/judgment was part of the covenant stipulations—it was a reminder of Israel’s responsibilities (and opportunities for blessings, as well):

“Elisha pronounced a curse similar to the covenant curse of Lev 26:21-22. The result gave warning of the judgment that would come on the entire nation should it persist in disobedience and apostasy (see 2 Ch 36:16). Thus Elisha’s first acts were indicative of his ministry that would follow: God’s covenant blessings would come to those who looked to him (vv. 19-22), but God’s covenant curses would fall on those who turned away from him [NIV Study Bible notes, in loc.].

“If you remain hostile toward me and refuse to listen to me, I will multiply your afflictions seven times over, as your sins deserve. 22 I will send wild animals against you, and they will rob you of your children, destroy your cattle and make you so few in number that your roads will be deserted.” (Lev 26.21f)

9. This visible display of YHWH’s power and reality (like the previous display of His kindness and activity for them) was designed to avert a far greater calamity:

“The savagery of wild animals was brutal enough, but it was mild compared to the legendary cruelty of the Assyrians who would appear to complete God’s judgment in 722 BC. The disastrous fall of Samaria would have been avoided had the people repented after the bear attack and the increasingly sever divine judgments that followed it. But instead of turning back to God, Israel, as would Judah in a later day, ‘mocked God’s messengers, despised his words and scoffed at his prophets until the wrath of the LORD was aroused against his people and there was no remedy’ (2 Chron 36:16)” [HSOBX].

So, this was hardly the atrocity that it is often construed as—the historical data casts the event into a TOTALLY different light. It WAS a very significant event for the religious fortune (and therefore, future welfare) of the Northern Kingdom … and it called for decisive revelation from God about the severity of the people’s condition and situation…

But to answer the question regarding the meaning of the two she-bears, St. Caesarius of Arles has a very interesting explanation:

“Now according to the letter, dearly beloved, we are to believe, as mentioned above, that blessed Elisha was aroused with God’s zeal to correct the people, rather than moved by unwholesome anger, when he permitted the Jewish children to be torn to pieces. His purpose was not revenge but their amendment, and in this fact, too, the passion of our Lord and Savior was plainly prefigured. Just as those undisciplined children shouted to blessed Elisha, “Go up, you baldhead; go up, you baldhead,” so at the time of the passion the insane Jews with impious words shouted to Christ the true Elisha, “Crucify him! Crucify him!” What does “Go up, you baldhead” mean except: Ascend the cross on the site of Calvary? Notice further, brothers, that just as under Elisha forty-two boys were killed, so forty-two years after the passion of our Lord two bears came, Vespasian and Titus, and besieged Jerusalem. Also consider, brothers, that the siege of Jerusalem took place on the Paschal solemnity. Thus, by the just judgment of God the Jews who had assembled from all the provinces suffered the punishment they deserved, on the very days on which they had hung the true Elisha, our Lord and Savior, on the cross. Indeed, at that time, that is, in the forty-second year after the passion of our Lord, the Jews as if driven by the hand of God assembled in Jerusalem according to their custom to celebrate the Passover. We read in history that three million Jews were gathered in Jerusalem; eleven hundred thousand of them are read to have been destroyed by the sword of hunger, and one hundred thousand young men were led to Rome in triumph. For two years that city was besieged, and so great was the number of the dead who were cast out of the city that their bodies equaled the height of the walls. This destruction was prefigured by those two bears that are said to have torn to pieces forty-two boys for deriding blessed Elisha. Then was fulfilled what the prophet had said, ‘The boar from the forest lays it waste, and the beasts of the field feed on it [Psalm 79:14 [80:13]],’ for as was indicated, after forty-two years that wicked nation received what it deserved from the two bears, Vespasian and Titus” (Sermon 127:2).[1]